This is what we do every day—passionately—an approach that has given Levey its reputation of consistently over-delivering.

Levey has a long history of thinking differently.

We appreciate flexibility and avoid formulaic thinking to maximize value.

This legacy extends back to Gustave S. Levey (“Gus”), a business visionary across several industries, including industrial real estate development.

Gus developed nearly 100 properties throughout the Gulf Coast region until 1998, when he sold the development company along with a substantial portion of the portfolio, but his spirit of innovation remains in our DNA, literally and figuratively.

We are thankful for our business success and feel passionate about giving back to the communities we serve.

The company introduces the Levey Group moniker (as a d/b/a for GSL) before reentering the ground-up industrial development business.

The company celebrates its 30-year anniversary.

Levey sells Sam Houston Business Park to institutional buyer for over $35,000,000, achieving the second highest per sf price in the greater metro area.

Levey expands its track-record of opportunistic acquisitions following the purchase of the 67 acres at the southeast corner of Beltway 8 and South Lake Houston Parkway. This parcel...

Levey launches The Business Center at 5 Corners, a five building, 550,000 sf development situated on 43 acres, with over ½ mile of frontage along the South Sam Houston Tollway. 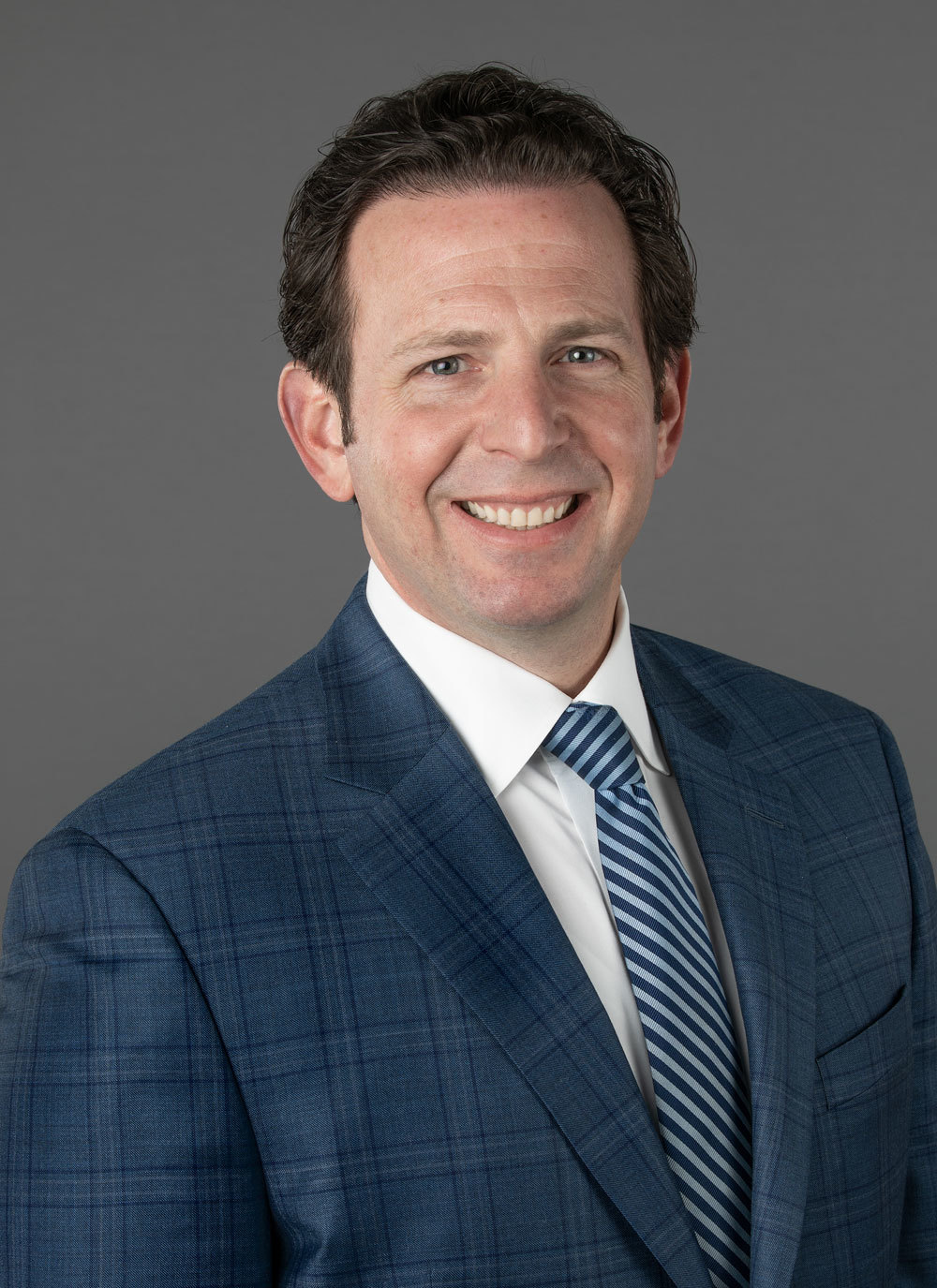 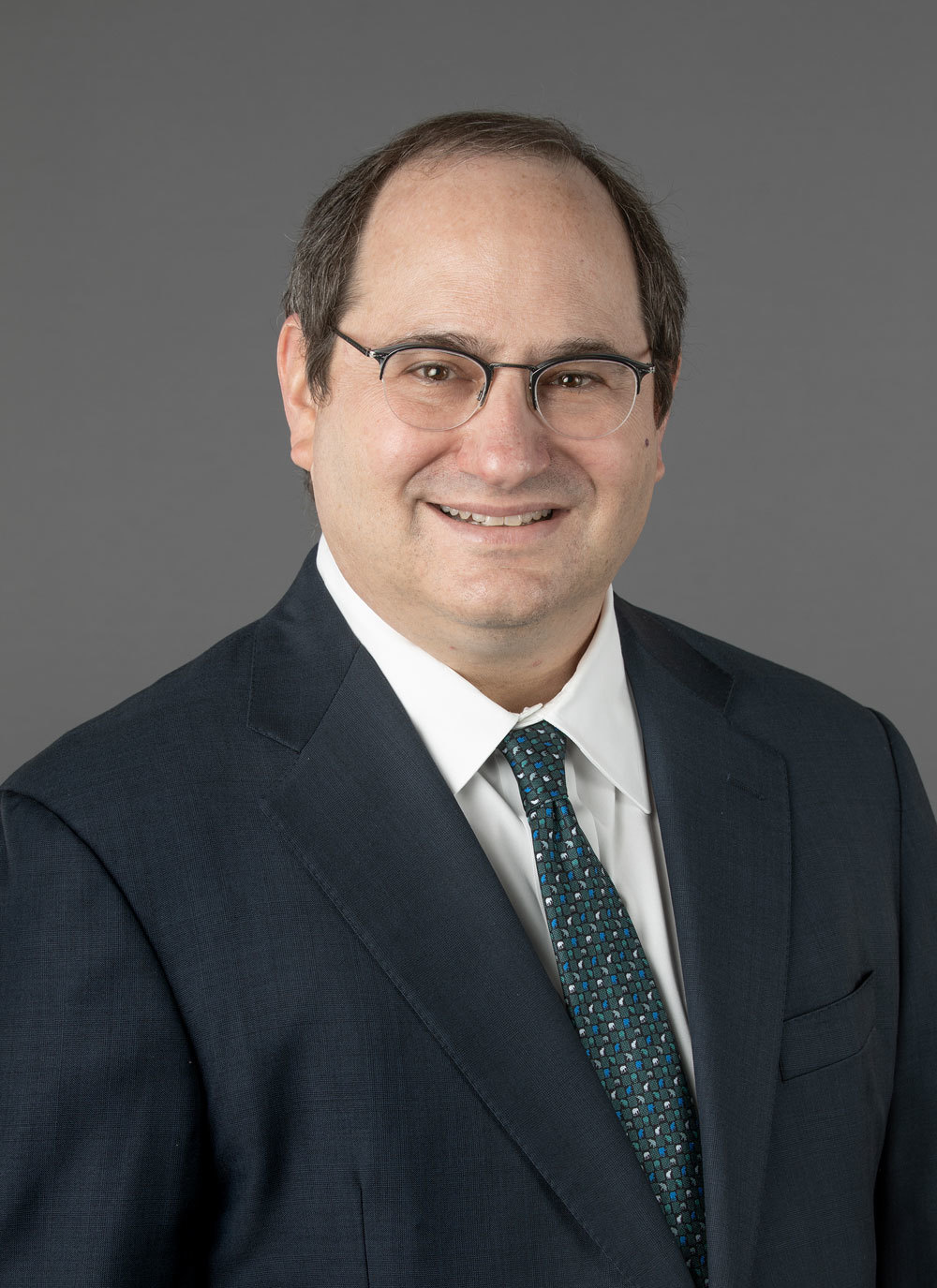 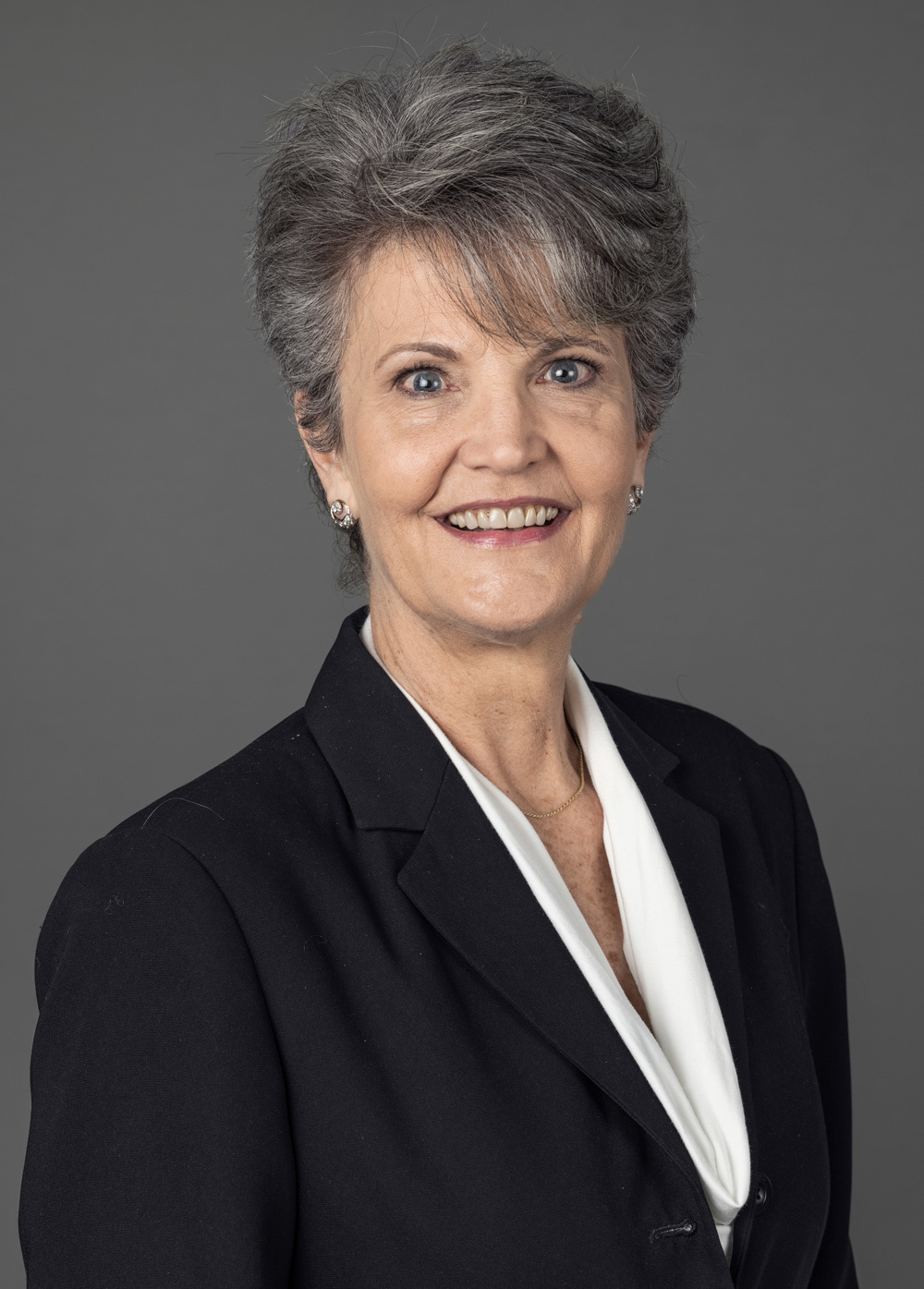 
David is a serial entrepreneur who has owned, developed, and loaned on a large number of commercial real estate assets throughout the past 17 years.

David is committed to serving his community. He formerly served on the Board of Trustees of the Jewish Federation of Greater Houston, and The Shlenker School.

The City of Houston Mayor’s office appointed David to Position 5 on the Near Northwest Management District’s Board of Directors in 2020, where David is actively involved on the Economic and Business Development Committee.

David and his wife, Alyson, have 4 children.

David earned a graduate certificate in leadership from Rice University’s Executive Education Program, a BS and MA in Economics from Florida International University (graduating Phi Beta Kappa), and a JD from the University of Houston Law Center.


As Levey Group’s Chief Operating Officer, Gary Greenberg oversees all aspects of the company’s real estate investments, capital markets and developments. He has a deep understanding of retail, industrial and land transactions and capital markets, closing more than $5.5 billion of transactions.

Prior to Levey Group, Gary was President of CHJ investments where he focused on raising capital, strategic consulting and real estate investing. Before that, he was a Senior Vice President at Weingarten Realty, a Vice President at Citicorp in New York and part of Kenneth Leventhal & Company’s consulting group. Gary has extensive experience with real estate investing, lending, transaction structuring, and joint ventures.

A member of the University of Texas Real Estate Center’s Advisory Council, Gary chairs the Canfield Business Honors Program Parents’ Council. He actively supports the Houston community, currently serving as Trustee and Assistant Treasurer of Seven Acres Jewish Senior Care Services and formerly as President of the Shlenker School Board of Trustees. He is a past member of AFIRE, PREA and ULI’s Houston Advisory Board.


With more than 23 years of experience in the commercial construction business, Chris Marten manages, directs and oversees the design, permitting and construction of Levey Group’s various developments.

Before joining Levey Group, Chris managed the interior build-out and ground-up construction of projects in Texas and Florida, ranging in size from $500,000 to over $30 million.


Tammy manages Levey's accounting, and business operations. She is involved in all aspects of the company’s property management, lease administration, real estate transactions, and ensures accurate accounting for Levey Group, and its subsidiary fund entities.

In addition to Tammy’s expertise in the fields of accounting and finance, Tammy has strong interpersonal skills and draws many years’ experience managing client, vendor, and stakeholder relationships. Tammy works closely with prospective and existing tenants, lenders, and joint-venture partners to ensure that their Levey experience exceeds their expectations.

“…This sleek research campus provides us with a direct path to showcase our transformational research to clients and guests. We have found Levey’s ongoing property management to be responsive, transparent and accommodating…”

John Chisholm, CEO and Chairman of the Board - Flotek

“Levey’s park provides a convenient and professional environment for our newest engineering offices. The park is beautifully maintained, and we are pleased with how the Levey team has responded to our needs.”

“…The Levey team proved to be professional and conscientious and was able to render both facilities for our use on-time and in-budget. We appreciate the Levey team's emphasis on maintaining positive tenant relations and look forward to our long-term relationship.”

“Levey Group has worked hard to exceed our expectations starting with lease negotiations and continuing through build-out on to our occupancy of their building. We have been impressed with their professionalism through the process and their responsiveness to any issue that arose along the way. GHX looks forward to a long and prosperous relationship with the Levey team.” 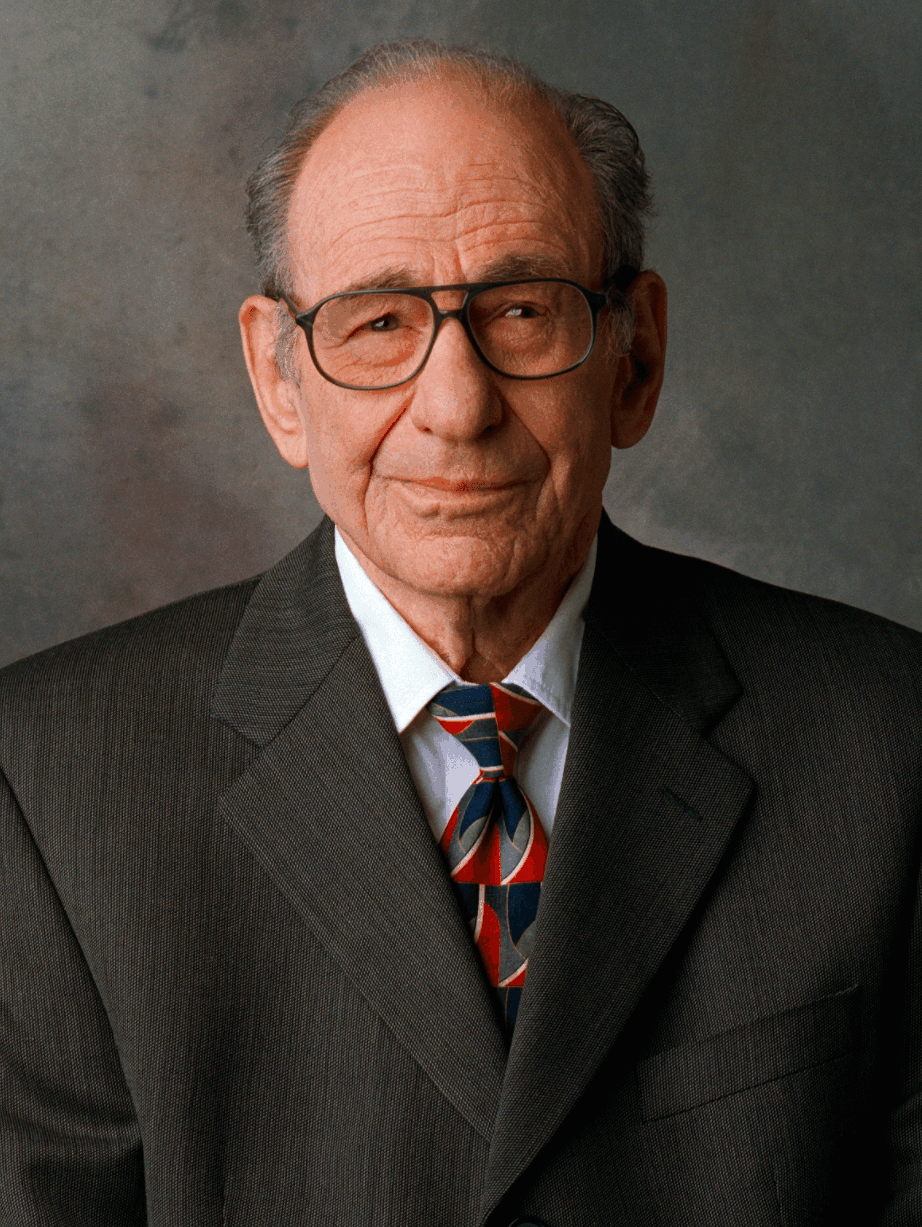 Gustave S. Levey was born in Murfreesboro, Tennessee on January 23, 1919. Shortly thereafter his family moved to Wichita, Kansas where Gus spent his formative years. To help out his family, Gus rode a paper route and, foreshadowing his future success, he soon became the route manager for all the other boys. His interest in business and need for money outweighed his interest in school, and he dropped out to manage the paper routes full time.

In 1943, Gus enlisted in the Army and applied to study for the officer’s exam at the local college. He became a Lieutenant Navigator in the Army Air Corp and flew all over the world. While he was stationed in Miami he met his future wife, Marjorie. They married, and their daughter Vicky was born while they were stationed in Miami.

Following his discharge from the Army, Gus moved the family back to Wichita with an idea. While in Miami, Gus had noticed a body shop that painted cars in one day. During the winter months, a one-day turnaround in Wichita was unheard of. If Gus could figure out how to make that happen, he suspected he could turn it into a profitable endeavor.

Gus always found a way. He experimented with paint machinery and developed what he called the Hot Pot, a way to uniformly heat paint and apply it to achieve the one-day turn around. He opened a retail store for his new invention and named it Like Nu Auto-Paint. It was an immediate success — first in Wichita, then in Oklahoma City, Dallas, Houston and New Orleans.

Gus was having a ball, but one of his stores, the Houston location, wasn’t making money. So, Gus set off to Houston to find a way to make it work. He drove out during a Wichita blizzard in deep winter and arrived in Houston on a temperate and beautiful winter day. He fired the local manager, moved the family to Houston, and never looked back.

Gus could have had a successful career in retail, but he was always looking toward the next challenge. He began to develop paint spray technologies. He was already a self-made businessman, but now he became a self-made scientist and self-made chemist.

Knowing he was on to something big, he applied for patents for his new technology. Soon competitors large and small began to infringe on his patents. He hired H.F. McNenny with Richey, McNenny & Farrington, a lawyer who became his colleague and guided his legal business decisions strategically and effectively. Mr. McNenny advised Gus to sue the largest of his competitors. They did, they won, and the victory led to settlements of the numerous suits against other infringing companies.

Gus sold the Like-Nu retail businesses to focus on manufacturing the paint spray equipment. He named the equipment Spee-Flo. Part of Spee-Flo’s success was attributable to the use of its reliable hydraulic pump by the oil and gas industry.

At this point Gus realized his lack of education could impede his success, so he enrolled in the University of Houston and earned a degree in economics and, later, law. He once noted, “The only reason I became an attorney is because the chemistry department had no parking.”

The Spee-Flo hydraulic pumps were so reliable that Gus sold the company to the oil and gas industry. Gus could have retired then, having made his mark on two industries with his technologies, but the oil and gas industry tanked, and Spee-Flo under its new ownership declared bankruptcy. The new owners approached Gus about buying back the company. He did and brought it back to life by re-engaging the paint industry. He turned the company profitable and sold it a second time.

Once again, Gus was at a comfortable place for retirement, but he realized another opportunity for innovation. While reinvigorating the Spee-Flo manufacturing business, he had generated a new concept when he built single tenant industrial buildings to accommodate his manufacturing process.

Gus established a single-tenant industrial development, construction and management business called GSL Investments, Inc. He built over 100 buildings throughout the Gulf Coast region until 1998 when he sold the company, along with a substantial part of the portfolio.

Throughout his amazing career, Gus made his mark as a business innovator, and he did so with ethics and values. Gus was a supporter of civil rights. During his time, it was the law that all manufacturing plants needed two bathrooms to ensure segregation by race. Gus risked his reputation, and he refused to cave in to the racist regulation by building his manufacturing plant with a single bathroom. He integrated his business across racial lines.

He was committed to humanitarian values as well as his Jewish values. Gus was deeply committed to the state of Israel. His wife Marjorie had family who perished in the Holocaust, so they both knew firsthand how important it was to have a strong homeland in Israel.

He was a fervent supporter of Israel bonds and was a founding leader of the American Associates of the Ben Gurion University. As a father, his daughter Vicky reports “He was the grandest man I have ever known. He looked out for everyone who crossed his path—rich, poor, all races and creeds. He always emphasized education and knowledge.” His nuggets of wisdom were infinite; one example is “Never take the time of a salesman, unless you have the intention of buying.” Gus understood the essence of human kindness, decency and civic responsibility.

From observing a quick paint job in Miami to becoming one of the leading business innovators and real estate developers in the Gulf Coast region, Gus lived a moral and deliberate life, observing business trends large and small, seizing opportunities and courageously transitioning from one industry to the next.